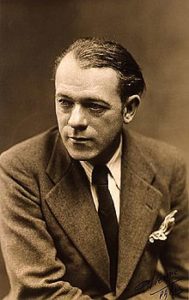 Jean Dufy (March 12, 1888 – May 12, 1964) was a French painter of Parisian society, country scenes,[1] circuses, horse races, stages, and orchestras. His work was featured in both gallery and museum exhibitions throughout his career.
Jean Dufy was born in Le Havre, France on March 12, 1888 into a large family. His older brother was the well-known painter Raoul Dufy,[2] who became a mentor throughout Jean’s career.[3] Jean Dufy had received formal education at the École Primaire Supérieure du Havre.

Upon completing his schooling at age 16, Dufy took a job as an itinerant clerk with a French overseas import company, and later as a secretary on the transatlantic liner La Savole which traveled between Le Havre and New York City.

In 1906 Dufy visited an exhibition put on by the “Cercle de l’Art Moderne” in Le Havre, where he discovered the work of Picasso, Derain, with whom become friends years later, and Matisse, whose painture Fenêtre ouverte à Coilloureaurged him to decide to pursue a career as a painter.[4][5] In January 1914 his watercolors were presented at the Galerie Berthe Weill.[6]