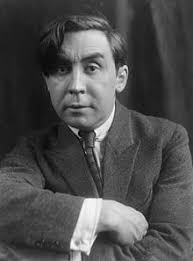 Albert Gleizes (French: [glɛz]; 8 December 1881 – 23 June 1953) was a French artist, theoretician, philosopher, a self-proclaimed founder of Cubism and an influence on the School of Paris. Albert Gleizes and Jean Metzingerwrote the first major treatise on Cubism, Du “Cubisme”, 1912. Gleizes was a founding member of the Section d’Or group of artists. He was also a member of Der Sturm, and his many theoretical writings were originally most appreciated in Germany, where especially at the Bauhaus his ideas were given thoughtful consideration. Gleizes spent four crucial years in New York, and played an important role in making America aware of modern art. He was a member of the Society of Independent Artists, founder of the Ernest-Renan Association, and both a founder and participant in the Abbaye de Créteil.[1] Gleizes exhibited regularly at Léonce Rosenberg’s Galerie de l’Effort Moderne in Paris; he was also a founder, organizer and director of Abstraction-Création. From the mid-1920s to the late 1930s much of his energy went into writing, e.g., La Peinture et ses lois (Paris, 1923), Vers une conscience plastique: La Forme et l’histoire (Paris, 1932) and Homocentrisme (Sablons, 1937).[2]