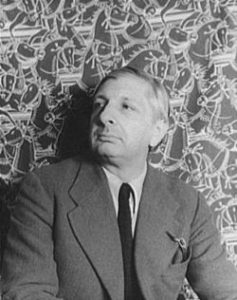 Giorgio de Chirico (Italian: [ˈdʒordʒo deˈkiːriko]; 10 July 1888 – 20 November 1978) was an Italian artist and writer. In the years before World War I, he founded the scuola metafisica art movement, which profoundly influenced the surrealists. After 1919, he became interested in traditional painting techniques, and worked in a neoclassical or neo-Baroque style, while frequently revisiting the metaphysical themes of his earlier work.

He returned to Italy in the summer of 1909 and spent six months in Milan. At the beginning of 1910, he moved to Florence where he painted the first of his ‘Metaphysical Town Square’ series, The Enigma of an Autumn Afternoon, after the revelation he felt in Piazza Santa Croce. He also painted The Enigma of the Oracle while in Florence. In July 1911 he spent a few days in Turin on his way to Paris. De Chirico was profoundly moved by what he called the ‘metaphysical aspect’ of Turin, especially the architecture of its archways and piazzas. De Chirico moved to Paris in July 1911, where he joined his brother Andrea. Through his brother he met Pierre Laprade, a member of the jury at the Salon d’Automne, where he exhibited three of his works: Enigma of the Oracle, Enigma of an Afternoon and Self-Portrait. During 1913 he exhibited paintings at the Salon des Indépendants and Salon d’Automne; his work was noticed by Pablo Picasso and Guillaume Apollinaire, and he sold his first painting, The Red Tower. In 1914, through Apollinaire, he met the art dealer Paul Guillaume, with whom he signed a contract for his artistic output.